Would you read a chapter of my book if I post it online?

Would you read a chapter of my book if I post it online? 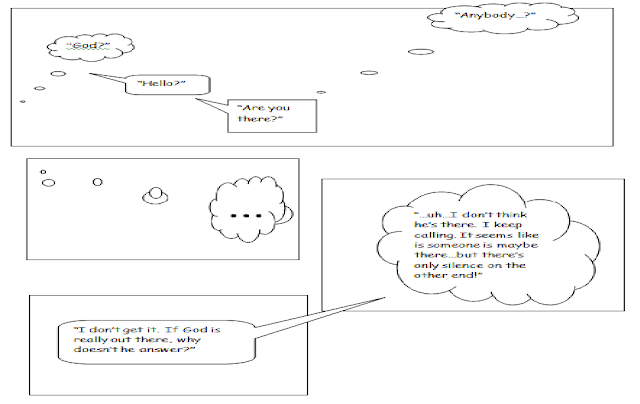 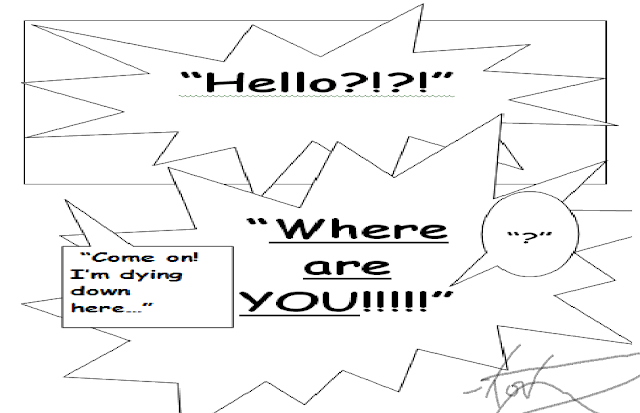 Ever had a conversation like that…with the air?
I know I have.
The world has a way of beating innocence out of us, doesn’t it?
When I was a kid my father introduced me to science fiction. One of my first memories was of sitting on dad’s lap watching Star Trek. Fantasy was always a big part of my life. I had an imaginary friend. I spoke to God on a regular basis and really believed that He answered me. We had conversations. We would talk about the weather, dogs, cats, what breakfast was going to be tomorrow, how awesome those clouds were…
“Look at those! Wow…”
“That one there looks like a frog! This other one looks like a lion…”
“…and that one there…it looks like…God’s Smile!”
For some reason we have very little problem accepting the idea of God—when we’re small. It seems like the most natural thing in the world to believe in a divine being who is gentle and loving, kind and caring, always having our best interest as the most important thing in His heart. I know that not everyone has had this kind of experience of God, but I know I have. I remember a time when I was around the age of three that I literally felt surrounded by God’s love. It was as if I actually LIVED in His love!
I can’t tell you how many times as an adult I wish I could return to those simpler times!
You know what I mean­­?
­Over the years, I’ve met people from all over the world, and shared so many common stories with people from all walks of life, including the two stories above. My worldview has been challenged more times than I can count. It constantly amazes me that people from such diverse cultures can have so much in common; yet have so much not in common at the same time!
I remember years ago, beckoning to a colleague on the other side of a noisy, crowded room to come join me. An innocent enough thing to do, and something I’m sure you’ve probably had a similar experience with, right? My co-worker came storming up to me with fire burning in her eyes! She could barely contain the fuming unspoken curses raging and trying to escape from her tense, pursed lips.
I had no idea what I’d done wrong.
Several days later after trying to get to the bottom of the situation, my wife came to me and explained that in her native culture, the gesture I had used was one of calling to a lady-of-the-night to engage her services.
I really had no idea!
If it is so easy to cause offence and misconstrue one person’s gesture in the midst of a room full of people, how often do we misread, misinterpret and misunderstand the people closest to us?
We all have filters through which we sift the information we are engaged with moment-by-moment. There have been volumes of psychological, theological and philosophical works on this subject. Why? Because of the amazing amount of confusion we humans all seem to be trying to clearing up about the “this, that and the other things” of life that someone didn’t quite understand about something we did, said, wrote or the expression we did (or they perceived us to) make.
Our filters don’t necessarily make us right or wrong, they simply determine our point of view.
One person may have been devastated by the death of Michael Jackson, while the next person may view it as, “One less pedophile in the world.” One person may perceive Barack Obama as the Messiah while the next may view George W. Bush as the anti-Christ. These are just the filters through which each person sees life’s events, situations and the actions of others.

By being aware of our filters we are more cognizant of the fact that we are not necessarily right or wrong, we’re just us. Coming to a place where we understand this concept leads us to the realization that our perspective is more often, “It’s all about me,” but rarely, “I am trying to understand you…”

Here’s An Exercise:
Consider a time when you went out of your way to help someone who was then offended by your words or actions. Did the recipient see your good intentions as evil “according to their filters”?
I think most people have had such an experience, no?
In my life there is at least one person I know of that seems to always read what I say in an email in exactly the opposite way of what I actually wrote.
Do you have someone like that in your life? Perhaps more than one person?
Maybe you are that person and you know it?!?
Or…maybe you don’t.
I’ve heard many people express their frustration with these “filter problems” with such sentiment as,
I love work. I just can’t stand the people I work with!
I love God, but I can’t stand God’s people!
I Love Mankind. It’s People I Can’t Stand!
Every friendship or relationship starts out with so much hope.  We dream big about the possibilities that this person will bring to our lives.  We start out being open, generous, and giving.  Then, as people will do, we start to disagree and things get on our nerves.  In our polite, new friendship mode, we let things go to keep the peace.  Then at some point, there comes the deal breaker and all of the pent up anger gets released—and usually not in a healthy way.  Do we give in to the dark side and cling to the notion that we always have to be right?
Our filter says we are right!
Their filter says they are right!
Have you ever experienced frustrating thoughts like these?
Why is that person always reading between the lines and hearing something I am not actually saying?!?
Why does [insert person’s name here] insist that I am acting out of selfishness or malice when I only trying to be helpful?
How in the world could [so-and-so] have gotten me so wrong?
Here’s a practical example:
A while back I was at a three day conference and made some new friends with two guys who shared a common passion and vision for things. Over the course of the weekend we spent more time talking to each other than listing to the guest speakers. One of them made it clear that as much as he loves talking, he really likes doing a lot more, especially when there seemed to be so much agreement.
So we decided to meet a few more times to talk, brainstorm and pray about whether God was in these discussions and if He was, did he want us to act? As part of that prayer and excitement we thought it might be nice to bring in some more people to the prayer and discussions.
There were two other mutual friends that we invited who also shared some similar dreams and visions.
During the subsequent meeting, these other two people began accusing me of trying to force God’s hand to make things happen—when nothing could have been further from the truth. For some reason those two had the idea that I was trying to maneuver and control those gathered in order to make my own dreams come true. They had the mistaken idea that I wanted to head everything up and be the main one in charge.
It was weird. It was strange. It was very odd.
What was said was supposed to have been “from God” and maybe it was, but it sure wasn’t a message I needed to hear! Maybe it was the guy sitting next to me…because none of the things said were in my mind and heart!
I was offended.
Those two people were offended at what they thought my intentions were. They were wrong about my intentions, but they would not hear what I had to say, believing me to be trying to cover up “my sin.”
The original three of us guys were stunned at the reaction, “Where did that come from?” said one. It was actually the one guy who had done nearly all the talking who asked this question. He was the same guy who had previously said he didn’t want to just talk, he wanted to act. I think the message was for him.
The bottom line was this: the stated purpose of the meeting was to gather together to talk about mutual dreams and pray about them, and to see if God wanted to make them more than just intellectual stimulation!
The “Filter” through which those two invited guests had viewed me, was a little perplexing to say the least. Their well intentioned discussions about me with other people after the incident caused considerable harm to many relationships.
It is amazing how much damage a couple of well-intentioned “saints” can cause.
Maybe they should have come to talk to me?
Filters: Can you relate?
In our faith, it is easy to sit in church surrounded by a loving church family, and think that we will always be God-like in our interactions with others.  When the people around us are warm and wonderful, it is easy for us to reciprocate in the same manner.
But what about when false accusations come?
Our filters create difficulties in relationships, family, work environments and everyday interactions with those around us. By more clearly understanding why we (and they) react the way we do, maybe we can somehow work together toward actually being the people God wants us to be.
If our “filters” can cause so much trouble between people we love and care about, what kind of trouble do they cause between us understanding God and His intentions?

Tomorrow: Chapter 2
But if you don’t want to wait, you can get the whole book right now: https://www.createspace.com/3582133