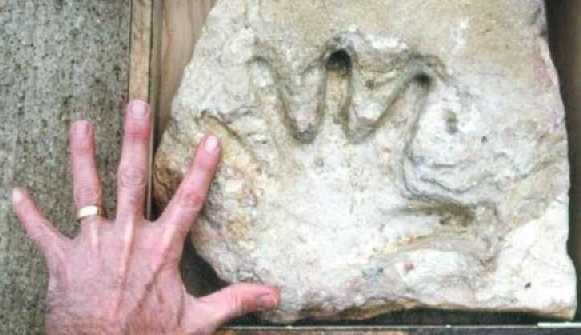 For as long as the eleven year old could remember, his family had been uprooting and trekking. They had turned their backs on the city. No sooner did they find a choice spot to settle, than others would come and edge them out.

This time, it had been a marathon adventure. For weeks they had skirted the coast, travelling east, before coming upon a virgin land of high, awesome peaks.

The setting was terrifyingly wild.

In from the beach, they entered a gorge. It was raging, so much water. Hopefully, they might reach the interior of this passage.

For a full two days, they negotiated it. The beauty of the terrain overwhelmed them. Mid-morning on the third day their passage was blocked by a foaming  tributary which exited between cliffs. Finding a ledge, they turned along it.

At times, the ledge widened into sandbanks overhung with trees. Songsters unseen enticed them forward.
There was a raucous shriek, as two winged giants swooped down then flew ahead.

Mari and his sister were skipping ahead of their elders. At each new marvel they would turn and call back. The tiny group had been pushing up this tributary for most of the day now.

Suddenly Mari stopped dead… and gasped. Before him opened a basin, walled in by an immaculate snowy range. And into it a waterfall of awesome beauty plunged down among palms and kapok trees.

Imagine it! They must be the first people to see this place! No wonder Mari shouted excitedly! Here they just had to remain.

A disaster had struck their city. In the ongoing  migration from that region, some family groups were pushed out further by those following.

There were bands of scattering families who lost touch with civilized communities. The further they wandered, the more barbaric and debased they became.

We have already seen some compelling evidence of our origins in the Middle East region.

But now we see the same story from global migration patterns!

All lines of migration that are in any way still  traceable are found to radiate from the Middle East.

Along each migratory route, settlements have been found, each slightly different from the one that preceded it or followed it.

Generally, the direction of movement tends to be shown by a gradual loss of cultural artifacts.

As several lines radiate from a single center, there can be traced more or less a series of ever increasing circles of settlement, each sharing fewer and fewer of the original cultural artifacts which are seen at the center.

MORE PRIMITIVE ON THE FRINGES

As we have seen in past bulletins, the cradle of mankind was in Asia Minor (modern Turkey).

Any evidence of primitive types elsewhere in the world, whether living or fossil, is evidence, not that man began there, but that man became degraded as he departed from the centre.

In marginal areas where individuals or families were pushed by those who followed them, circumstances often combined to degrade them physically and culturally.

A series of zones is found globally, in which the  most primitive are found furthest from Asia, and  most advanced nearest to Asia.

Professor Griffith Taylor of the University of  Toronto, put it this way:

“A series of zones is shown to exist in the East  Indies and in Australasia which is so arranged  that the most primitive are found farthest from  Asia, and the most advanced nearest to Asia.

“This distribution about Asia is shown to be true  in the other ‘peninsulas’ (i.e. Africa and Europe)….

“Which ever region we consider, Africa, Europe,   Australia, or America, we find that the major  migrations have always been from Asia.”  Environment, Race and Migration, p.8)

“The first point of interest in studying the distribution of the African peoples is that the same rule holds good which we have observed in the Australasian peoples.

“The most primitive groups are found in the regions most distant from Asia, or what comes to the same thing, in the most inaccessible regions….

“Given these conditions, it seems logical to assume that the racial zones can only have resulted from similar peoples spreading out like waves from a common origin.

“This cradle-land should be approximately between the two ‘peninsulas,’ and all indications (including the racial distribution of India) point to a region of maximum evolution not far from Turkestan. It is not unlikely that the time factor was similar in the spread of all these peoples.” (Ibid., pp.120-121)

So how can one most logically explain the geographical distribution of “primitive” human fossil remains?

These were the marginal representatives of a widespread dispersion of people from a single population established at a point central to them all.

As the central population multiplied, it sent forth successive waves of migrants. Each wave drove the previous one further toward the outer edge.

Those who were driven into the least hospitable areas, suffered physical degeneration under the  conditions they were forced to live.

We find these today as the most degraded fossil  specimens, or as the most primitive societies still alive today.

And there are extraordinary physical differences among them. Doubtless because they were members of small, isolated, strongly inbred bands.

Yet the cultural similarities which link together even the most widely dispersed of them indicate a common origin for them all.

So how long did it take for these early post-Flood folk to disperse to the ends of the earth?

From the Middle East “Cradle of Man”, the most distant settlement by land is the very southern tip of South America, 15,000 miles approximately.

How long would such a journey take? It has been estimated that men might have covered the 4,000 miles from Harbin, Manchuria, to Vancouver Island, Canada, in as little as 20 years. (Kenneth Macgowan, Early Man in the New World, p.3)

And the rest of the journey southward? Says Alfred  Kidder:

“A hunting pattern based primarily on big game could have carried man to southern South Americawithout the necessity at that time of great localized adaptation.

“It could have been effected with relative rapidity, so long as camel, horse, sloth, and elephant were  available. All the indications point to the fact that they were.” (Appraisal of Anthropology Today, p.46)

So, as with everything else, migrations did not require vast eons of time.

Among the family groups which dispersed over the earth, some developed into nations.

In a remarkably short time the Hamitic branch of mankind had established beachheads of settlement in every part of the world.

Some who penetrated wilderness areas did not maintain their civilization in the new isolated  environment, but over generations became more and more savage and depraved.

Many of the dispersing groups were plunged into an “instant stone age” through loss of metal technology (or loss of its easy availability).

With little or no technology when they arrived but with knowledge they had brought), they used stone or whatever was handy.  Top priority was survival.

But as time passed and survival was secured, and they had time to sit down and work again with metals, they did so.

To a modern archaeologist this might appear as  development of culture, whereas it was really just an expression of culture, now that the question of survival had been settled.

So, on the evidence, it is not necessary to assume that men developed over long periods of time.  Around the world, men could be at different levels of technology at the same time – just as they are today.  AND THE EVIDENCE FOR
THAT IS OVERWHELMING

It is almost amusing to watch how industriously and seriously some armchair writers try to discover ape-like features in the remains of such people.

I tell you, there are men alive TODAY whose skulls would qualify as “connecting links between man and his alleged ape-like ancestors”.

A theory can certainly have a strong influence upon a man’s judgment.

It appears that even after many migrating tribes became trapped in their new surroundings, knowledge of world geography was never completely lost.

The great maritime powers around 2000 BC were the Minoans (Cretans), Mycenaean’s (Greeks) and Egyptians.

There is evidence also of possible cross-world travel by the Indus Valley civilization and the  Mesopotamia’s.

At first a number of highly civilized nations flourished. But their descendants became embroiled in destructive wars.  Large cities were reduced to ruins.  Commerce on the lanes of travel fell into disuse.

There is considerable evidence of the civilized origin of primitive communities.

Although a great part of the evidence is unsatisfactory and mixed with vague tradition, yet for some of it there seems to be substantial and  independent proof – even to solid artifacts.

Many centuries would elapse before Phoenicia, the new great naval power, would reopen the long ocean lanes.

While a few nations retained some memory of their past heritage, it was the Phoenicians who most  aggressively used it to their advantage.

In the time of Solomon of Israel (10th century BC), the Phoenicians reopened the lines of commerce that had existed a thousand years before.

From this time onward, spreading at a more leisurely rate,   the Indo-European and the Semites settled slowly into the areas already opened up by the Hamites.  We shall consider this in the next chapter.

Concerning the New World, there is good evidence that the colossal buildings now found there were  constructed no later than about 1200 BC.

Little is known of the ancestors of the Red Indians who spread over North America. They dwelt in enormous cities, with temples and fortresses.  They were expert agriculturalists, they domesticated animals and worked mines.

Western experts are very ignorant on American pre-Colombian history.  Red Indian history is only explained to white men whom the Indians grow to trust. To others, they will deny all knowledge of their history, including that of the Mounds.

Scholars say that the long-ago voyages from Hawaii to French Polynesia, from Samoa to Raratonga, and from the historical but unauthenticated Hawaiki to Raratonga and then on to New Zealand, were either legend or haphazard
voyaging.

The Polynesian people do not agree and claim they were deliberate and skillful.

We should not place too much reliance on academic  historical theory. Native genealogy and history, backed with archaeology, work much better.

Want to read more on this subject?

So, what do you think about all of this?