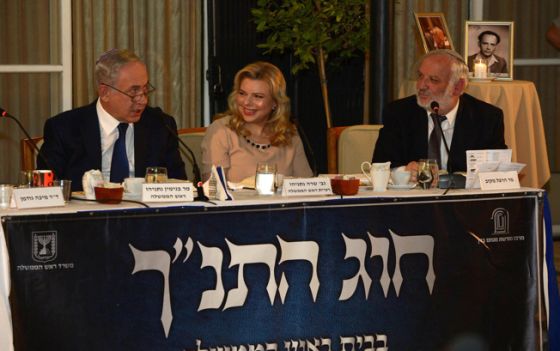 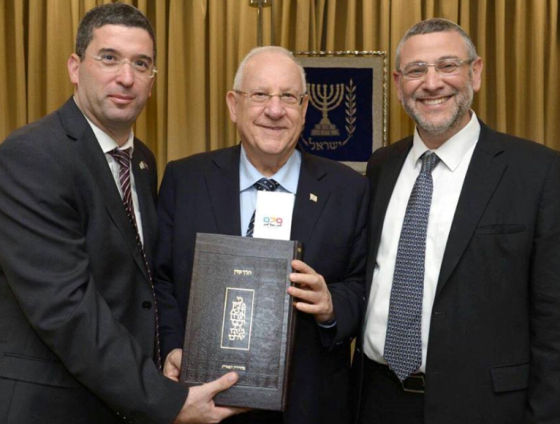 (Central Israel) — You probably haven’t heard this in the mainstream media, but Israel’s most senior leaders are urging the Jewish people to read through the Bible, the whole Bible, verse by verse, chapter by chapter.

Can you imagine President Obama or any other U.S. leader calling on American people to read through the Bible? Neither can I.

Given the general trend here in Israel towards secularization, this is quite a surprising yet thoroughly encouraging development. I’m sure many of you are skeptical, but it really is true. Here’s the latest.

Israeli Prime Minister Benjamin Netanyahu kicked off the new school year here by encouraging children to rediscover the Word of God and Biblical roots of their Jewish heritage.

“First of all, the study of the Bible,” he said in August. “Knowledge is a critical word. We want to give it [knowledge of the Scriptures] to every child in Israel, Jews and non-Jews as one, religious and secular. This is the basis of the new world, and the basis of Israel as a strong nation in the world.”

Last week, the prime minister and his wife, Sara, hosted another in a series of occasional Bible study groups at their official residence. They discussed — among other things — the Biblical connection Jews have to the Temple Mount, despite a recent U.N. vote denying Jews have any such connection.

The Netanyahus organized their first home Bible study group in December 2011, as I reported at the time. In so doing, they carried on a tradition first begun by David Ben Gurion and later by Menachem Begin but rarely repeated by other Israeli premiers. Their stated goal was to set an example for the nation and to “perpetuate a love of the Bible.” [See here and here for coverage of other Bible studies they have held.]

Meanwhile, Israeli President Reuven Rivlin and several government official have launched something they call the“929 Initiative.”

This is a wonderful and worthy effort to encourage all Israelis — even the most secular and non-religious among us — to read one chapter of the Jewish Scriptures a day, every day, until they have read all 929 chapters.

Rivlin and his colleagues kicked off the $12 million initiative in December 2014. Since then, they have been encouraging Israelis to continue reading verse by verse, chapter by chapter through the full Hebrew Bible or “Tanakh” until everyone finishes together in the summer of 2018 for the 70th anniversary of the prophetic rebirth of the Jewish State.

There is a pretty impressive and sophisticated website dedicated to the project, with Israelis of all kinds, from a wide variety of backgrounds, writing articles on what they think about the Bible verses they are reading. There is also an app that helps Israelis remember what chapter they’re supposed to read each day and help them mark their progress.

Here are several article about the initiative. I commend them to your attention.

I especially wanted to bring this all to your attention as we celebrate Sukkot, or the Feast of Tabernacles (aka, “Feast of Booths”). Why? Because in the Torah, Moses commanded the people to read through all the Scriptures in their entirety every seven years. Sadly, this is a commandment many if not most of my fellow Jews have forgotten, or never were aware of in the first place.

10 Then Moses commanded them, saying, “At the end of every seven years, at the time of the year of remission of debts, at the Feast of Booths, 11 when all Israel comes to appear before the Lord your God at the place which He will choose, you shall read this law in front of all Israel in their hearing. 12 Assemble the people, the men and the women and children and [a]the alien who is in your [b]town, so that they may hear and learn and fear the Lord your God, and be careful to observe all the words of this law.(Deuteronomy 31:10-12)

Some of my favorite stories in the Bible are when King Josiah called the nation of Judah together to hear the Word of the Lord read to them in its entirety, and when Ezra and the priests read the entire Bible to the nation of Israel after their return to the Land from Babylonian and Persian captivity.

Several years ago, we organized an Epicenter conference with the theme, “The Power of The Word.” Several of the speakers taught on this largely forgotten history of Jewish leaders calling the nation back to the Scriptures — if you’re interested in watching the videos of those and other messages, please click here.

I’m grateful to Netanyahu and Rivlin and to the other Israeli leaders who are calling our people back to reading the Bible cover to cover. Will you join me in praying that more Jews (and Gentiles) heed their call? Thanks so much, and Chag Same’ach — happy holidays from Israel!

Share | Tweet | Share | Pin It | +1 | print | email
Category: Bible
Disclosure of Material Connection: Some of the links in the post above are “affiliate links.” This means if you click on the link and purchase the item, I will receive an affiliate commission. Regardless, I only recommend products or services I use personally and believe will add value to my readers. I am disclosing this in accordance with the Federal Trade Commission’s 16 CFR, Part 255: “Guides Concerning the Use of Endorsements and Testimonials in Advertising.”