Ancient Legends are Usually Based on Core Facts – One Original Religion and Language for All People? 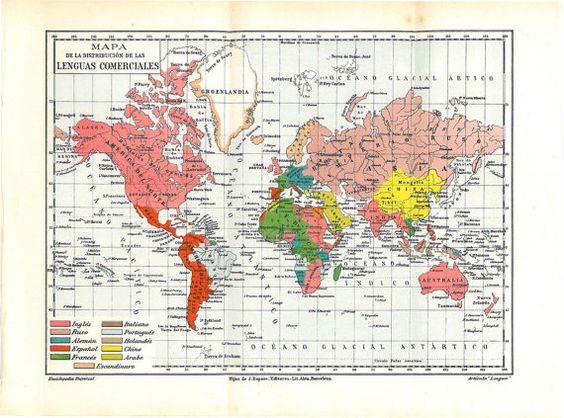 LEGENDS ARE USUALLY BASED ON A CORE OF FACT

Pertinently, William Prescott, the great Americanologist, reminds us: “A

nation may pass away and leave only the memory of its existence, but the

stories of science it has gathered up will endure forever.”3

You see, folklore is a fossil of history; it preserves history in the guise of

colorful tales. Far from being a collection of fables, it is a recital of actual

past events, even though from generation to generation some facts have

must pay more respect to ancient traditions and folklore.” He accuses

Western scientists of snobbishness in rejecting the tales of the “common

We must face it: legends are usually based on a core of fact.

Take the legend of Troy. No scholar took The Iliad or The Odyssey of

homer as history. But Schliemann, putting faith in it, discovered the

“mythical” city of Troy. The Iliad spoke of a cup decorated with doves

which Odysseus used. In a shaft Schliemann found that 3,600-year-old cup.

Herodotus told a fabulous story of a distant country where griffins

guarded a golden treasure. This land (Altai, or Kin Shan) has now been

found, together with ancient gold mines, and decorations from a high culture

prominently display the griffin. The vague myth is seen to be a fact.

Mexican Indian legends spoke of a sacred well of sacrifice, into which

maidens and jewelry were hurled. Historians dismissed this as a mere tale,

until the well, at Chichen Itza, was discovered in the nineteenth century.

More than any document, the Bible was assailed as a collection of

fanciful myths. Yet, to the embarrassment of the critics, archaeological

and impossible events were true and reliable reporting in every detail.

Indeed, the Bible can now be regarded as the most accurate and trustworthy

source of history we possess.

OF THE GOLDEN ERA

If we are to credit the collective testimony of all ancient races, man’s

early history was truly an incredible one. It was a Golden Age of advanced

civilization, of original giants who had superior intelligence and technology.

This appears to have been a universal truth, known to everyone in

ancient times. Sacred records affirm that at the very beginning (soon after the fall from

raw earth, they mastered a high level of civilization in just the first six

generations of their existence. In that short time they were able to build

their scientific complexes, these earliest men, it seems, were no fools.

We might well wonder to what degree they further developed and

refined this technology in the final few centuries before the Flood struck.

Were the miracles of science as common as they are now? A perfectly valid

Imagine it, if you can. Paved rainbow cities whose “houses of crystal”

Did you know that when Alexander Graham Bell gave us the telephone,

he hinted that it had been done before? “The old devices have been

Yes, you read it right. That is exactly what Bell said. In fact the question was pressed further by the eminent British scientist Frederick Soddy, winner of a Nobel Prize in physics. He wondered whether

the ancients might “not only have attained our present knowledge, but a power hitherto unmastered by us?” 6

Where did Bell and Soddy get their information? Quite possibly from

some musty old records. Nevertheless, our quest is not based on ancient texts and reports, but on

accepted scientific discoveries. There are recently discovered artifacts that

cannot be dismissed, namely, objects of metal sitting in museums,

unquestionably made in the ancient world, that would have required very

advanced technology to produce. A technology not to be repeated until our

of modern technology were known, and forgotten, long ago. Evidence that

The entire world is really a ‘dead man’s tomb’, a treasure hunter’s

8 the lid on a lost technology which almost smacks of science fiction. We

come face to face with such absurdities as brain transplants, colonies on

Mars and invisible men. And we wonder, What next?

Admittedly, such concepts almost strain credibility. We are tempted to

ask, Could the ancients have really advanced so far?

It may help to consider our own age.

As recently as a hundred years ago, were not most of today’s inventions

totally unknown, even unbelievable? Since then the spawning has been

sudden-and rapid. What is more, the present age of basic discoveries is

hardly at its end. It is forecast that just fifteen years hence our present

accumulated knowledge will have doubled. Do you grasp what that means?

How, then, can one possibly conceive of the state of knowledge attained

by the antedeluvians before the Deluge struck?

A world war was raging at the time.

In the thirty-fourth century B.C., a catastrophe of incredible magnitude

intervened, causing the world to wobble and ripping the crust of the earth to

shreds. A great Flood swept the whole planet. November 17, 3398 B.C. 7 That day was probably like most others:

In one longitude, millions were dining…entertaining…relaxing.

Precisely at 8 P.M. the earth gave an enormous shudder.

Prodded by an outside force, the planet tilted on its axis, and amidst

lightning and the worst thunder ever heard by man, the pristine vapour

canopy began to disintegrate. A floodgate of rain was released upon the

There could be no gentle rising of water. Cosmic forces of horrific

With a dreadful shock, large land masses with their populations slipped

into the sea. The surface of the entire globe became as a giant maelstrom, in

which continents and seas were churned up together.

Attended by a screaming hurricane, tidal waves of 6,000 feet swept

toward the poles. A blanket of lava and asphyxiating gases extinguished all

and consigned its products to a watery grave forever.

Not only were the antedeluvian people buried, but their technological

achievements were destroyed, including all form of machinery and

submerged by the sea or buried under thousands of feet of debris. It has

sedimentary in nature, extending, as in India, to 60,000 feet deep.

Indeed, the earth, torn and twisted and shaking, was not to quiet down

for centuries. With no less than three thousand volcanoes in eruption, a

dense cloud of dust enshrouded the earth, blocking out the sun and distorting

the climate for hundreds of years. Thus began the Ice Age. 8

Of the human race a mere handful remained; Indeed, their survival was

in every sense a miracle.

Forewarned, they had salvaged what records they might: a compilation

of knowledge which, in due course, would be imparted to their descendants.

Now for the sake of the reader who is unfamiliar with this event, it

all history. Not only is there a mass of geological evidence-it has left an

indelible impression on the memory of the entire human race. 9

An analysis of some 600 individual Flood traditions reveals a

 the prior corruption of mankind,

 a Flood warning unheeded by the masses,

 the preservation of up to eight people with representative animal

 significance in the rainbow,

 descent from a mountain,

Especially remarkable is the persistence of that biblical name Noah.

And this is particularly so when you consider the ultimate language

differences between peoples, and the extreme local distortions which

Yet the name survived virtually unchanged in such isolated places as

10 Amazon region (Noa), Phrygia (Noe) and among the Hottentots (Noh and

Think about this. Did each of these nations independently concoct the

same name for its flood-surviving ancestor? Or did these widely separated

peoples refer back to the same family of survivors?

Noah’s descendants and lists names, thus offering clues to their history and

dwelling place. It contends that all nations of the earth have sprung from the

authority, describes this as an astonishingly accurate document…[which]

shows such remarkable ‘modern’ understanding of the ethnic and linguistic

situation in the modern world, in spite of all its complexity, that scholars

never fail to be impressed with the author’s knowledge of the subject. 11

So, in a nutshell, there is good reason to believe that, after the Deluge,

mankind sprang from a single group of people. Chapters 2 to 6 will confirm

that these were not idiots, imbeciles or illiterates; they were in a civilized

state, with an enormous cultural heritage, before they separated. Chapter 5

traces their ultimate slide into oblivion; while Chapters 7 to 9 raise three

challenging questions that need to be answered.

Thus prepared, we shall more intelligently evaluate clues salvaged from

Was there any connection between them?

I began to sift every available isolated piece of information. Over the

next few months the search would lead through scores of countries.

Meanwhile, back of my mind the thought kept surfacing: what of the

Something told me there was a connection, though I knew not where.

As for a possible link between the “instant” civilizations, eight clues

combinations, as well as numerous specialized and intricate glyphs were

repeated with no chance of coincidence.14

globe, even on isolated islands. This was striking.

resembled each other. Practically all languages have connections

through both vocabulary and construction. In almost every language are

many words containing similar root words or combinations beyond what

mere chance would allow. (Take, for instance, the names of the

constellations. I found these were substantially the same whether in

twenty days, with a five-day holiday at year’s end.

construction but in astronomical alignment. Sphinxes in Egypt and

Yucatan; pyramids on every continent and on remote islands; monoliths

and stone circles also worldwide and often quarried elsewhere in the

world. I was struck by similarity even as to original purpose. The

Tower of Babel was built (according to Josephus, first-century Jewish

historian) to provide shelter should another Deluge destroy the earth.

And regarding the Toltec pyramids, the Mexican chronicler,

Ixtlilxochitl, states: “After men had multiplied, they erected a very high

‘zacuali,’ which is today a tower of great height, in order to take refuge

in it should the second world be destroyed.” Now I ask you, without a

common source, why should the purpose be identical in Babylon and

or in binding babies’ heads to produce an elongated skull. (The Maya,

Incas, Celts, Egyptians and Basques did this.)

Traditions of a Garden of Delight, a Golden Age, a global Flood, one

original language, a tower where sudden language confusion resulted in

a dispersal—clearly these bore the marks of a common source.

Of one thing I was certain. The origins of cultures that were so different

The Russian poet Valeri Brussov seemed to express it well: “At the

influence…We must look back beyond antiquity for an X, for a still

unknown cultural world that set the engine we know in motion.

“The Egyptians, the Babylonians, the Greeks and Romans were all our

teachers, but who were our teachers’ teachers?”16

My attention was riveted. Here were several fully developed cultures,

Well, how does one deal with such a discovery? I must confess, my

curiosity was exploding. One more search was imperative. This time I had

to track down the common source of any footprints leading to these cultures.