The Last 2 Chapters of the Quran Should Freak You Out? 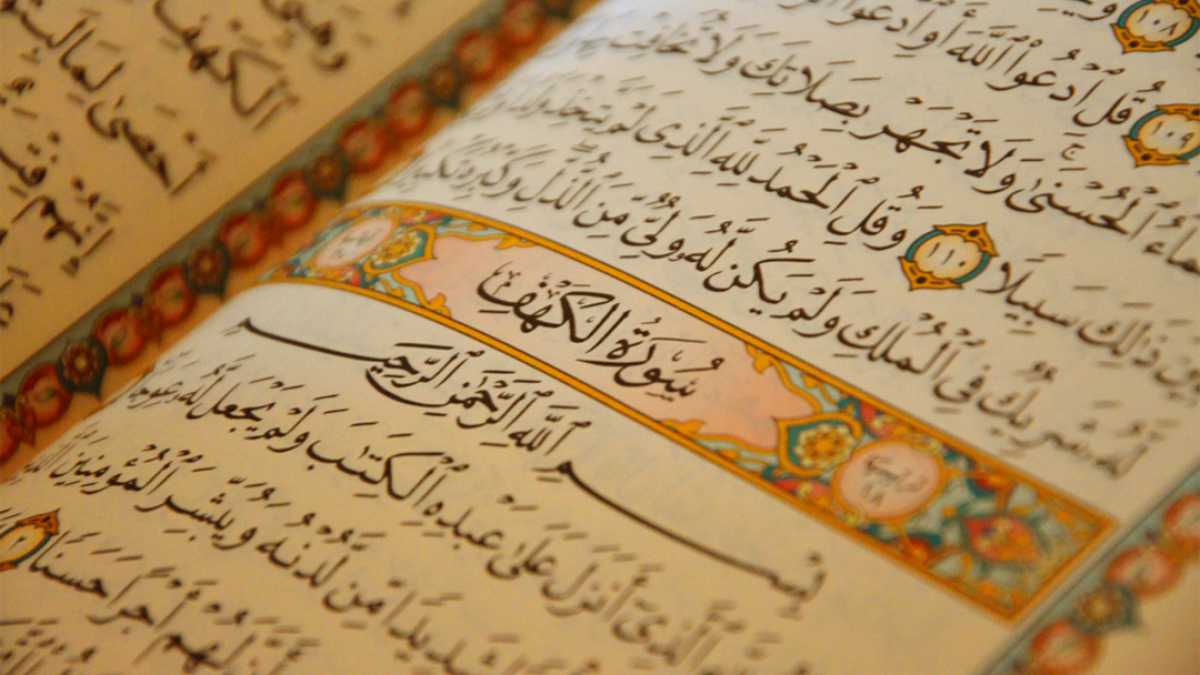 As you probably know, some verses of the Quran have been abrogated. The abrogation principle basically says that when something from a later chapter (known as a sura) conflicts with something from an earlier chapter, the later one is the better one.

Have you ever wondered which is the last chapter? And what does it say? Since abrogation uses chronological order, the last chapter would probably not contain any abrogated verses (unless an earlier verse within the last chapter conflicted with a later one in the same chapter). Otherwise, if the chapter contained any information about non-Muslims, it would be the “last word” on the subject.

If you look at the Chronological Order of the Qur’an, you can see the last chapter is called Nasr. Every chapter has a name. In the traditional order, Nasr is the 110th chapter. But it was really the 114th; the last one “revealed” to Mohammad. He died 80 days later.

But the last chapter doesn’t say much. It’s just three verses basically saying “When Allah has achieved victory and conquered lots of people and when they are becoming Muslims in great numbers, praise Allah and ask for forgiveness.” That’s about it.

But if you look up the second to last chapter, called Taubah (which means “Ultimatum”), you will find it says a great deal about non-Muslims. In the traditional chapter order, this is chapter 9. Here are a few choice verses:

9:5 Slay the idolaters wherever you find them.

9:6 Those who submit and convert to Islam will be treated well. (Those who don’t submit will be killed. See previous verse.)

9:7-9 Don’t make treaties with non-Muslims. They are all evildoers and should not be trusted.

9:12-14 Fight the disbelievers! Allah is on your side; he will give you victory.

9:23 Don’t make friends with your disbelieving family members. Those who do so are wrong-doers.

9:29 Fight against Christians and Jews “until they pay the tribute readily, being brought low.”

9:33 The “Religion of Truth” (Islam) must prevail, by force if necessary, over all other religions.

9:41 Fight for Allah with your wealth and whatever weapons are available to you.

9:42 Those who refuse to fight for Allah (claiming they are unable) are liars who have destroyed their souls.

9:73 Fight the disbelievers and hypocrites. Be harsh with them. They are all going to hell anyway.

9:81-83 Those who refuse to give their wealth and lives to Allah will face the fire of hell.

9:85 Those who refuse to fight for Allah will be treated (along with their children) as unbelievers.

9:111 Believers must fight for Allah. They must kill and be killed. Allah will reward them for it.

9:123 Fight disbelievers who are near you, and let them see the harshness in you.

This is Allah’s “last word” on tolerance and peace toward non-Muslims. If nothing else up to this point had abrogated the tolerant verses, the above verses completely wipe out every last positive verse in the Quran for non-Muslims.

The translations above are based on the Skeptics Annotated Quran. You can check the verses above (by using the verse number) to double-check their meaning in any Quran. You will find these are accurate summaries of the verses. Lots of web sites have the entire Quran available to read online. Here are a few. Just look up Sura 9 and scroll down to the verse number you’re looking for.

In an article entitled, Peace or Jihad? Abrogation in Islam, David Bukay writes:

Chapter 9 of the Quran, in English called “Ultimatum,” is the most important concerning the issues of abrogation and jihad against unbelievers. It is the only chapter that does not begin “in the name of God, most benevolent, ever-merciful.” Commentators agree that Muhammad received this revelation in 631, the year before his death, when he had returned to Mecca and was at his strongest. Muhammad bin Ismail al-Bukhari, compiler of one of the most authoritative collections of the hadith, said that “Ultimatum” was the last chapter revealed to Muhammad although others suggest it might have been penultimate. Regardless, coming at or near the very end of Muhammad’s life, “Ultimatum” trumps earlier revelations.

Because this chapter contains violent passages, it abrogates previous peaceful content. Muhsin Khan, the translator of Sahih al-Bukhari, says God revealed “Ultimatum” in order to discard restraint and to command Muslims to fight against all the pagans as well as against the People of the Book if they do not embrace Islam or until they pay religious taxes. So, at first aggressive fighting was forbidden; it later became permissible (2:190) and subsequently obligatory (9:5). This “verse of the sword” abrogated, canceled, and replaced 124 verses that called for tolerance, compassion, and peace.

The Egyptian theologian Abu Suyuti said that everything in the Quran about forgiveness and peace is abrogated by verse 9:5, which orders Muslims to fight the unbelievers and to establish God’s kingdom on earth.

Abrogation had a significant impact on the Quran, and is one of the primary reasons the traditional order of the Quran (with chapters arranged from the longest to the shortest chapter) so effectively prevents anyone who doesn’t know about abrogation from understanding what it really says. Only 43 chapters are not affected by abrogation. This means most of the chapters of the Quran cannot be taken at face value.

But with the tools like the Chronological Order and CSPI’s lineup of educational materials and knowledge about abrogation, the Quran can be understood by everybody.