Why do Messianics Write G-D, instead of God? 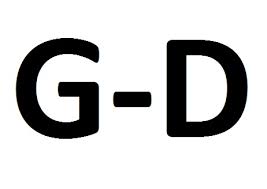 The Messianic Movement and writing the word, G-D.

Do we not realize that the only time our unbelieving Jewish religious brethren write the title in this form, G-D, it is done on physical objects like paper?

There is no such mandate by them for electronic forms like on social media. So, feel free to write it as GOD!

Here is some background:
The custom of substituting the word “God” with G-d in English is based on the traditional practice in Jewish Rabbinic Law of giving God’s Hebrew name a high degree of respect and reverence. When written or printed, God’s Hebrew name (and many of the stand in names used to refer to God) cannot be erased or destroyed.

There is no prohibition in Rabbinic Jewish law against writing out or erasing the word “God” in English.

However, many Jews have afforded the word “God” the same level of respect as the Hebrew equivalents. Because of this, many substitute “God with G-d so that they can erase or dispose of the writing without showing disrespect to God. Some Jews also use G!d in the same way, utilizing the exclamation point to convey their enthusiasm for Judaism and God.

However, there is a greater question that should be asked. We, the followers of the Jewish Messiah, Yeshua/Jesus, are the chosen remnant of Israel with the words of God and the true knowledge of God on this earth. Why are we emulating them? Shouldn’t they be emulating us?

After all, Paul was especially clear on this point in Romans 10:1-4:
“Brothers, my heart’s desire and prayer to God for them is that they may be saved. 2 For I bear them witness that they have a zeal for God, but not according to knowledge. 3 For, being ignorant of the righteousness of God, and seeking to establish their own, they did not submit to God’s righteousness. 4 For Messiah is the end of the law for righteousness to everyone who believes.”

This then leads to yet another set of questions we should consider:

Why are we emulating their theology of God in the first place? And, why are we incorporating their post-Yeshua traditions into our lives?

Is not our understanding of the knowledge of God superior and more perfect than theirs?

I am not saying that doing this is G-D thing is wrong. I am simply stating that we need to consider our motivations and have a real conversation about this issue.

Are we under the teachings of Rabbinic Judaism or under Yeshua? Are we connected to the Vine of Yeshua which is the direct inheritor of Temple Judaism, or the vine of a Pharisaic religion that started with the destruction of the Jewish Temple in 70 AD, and was incorporated as a separate religion in 200 AD with the writing down of the Talmud and other Rabbinic literature?

I am raising an issue and a significant one at that about the authority by which believers choose to subject themselves.

Which master do we serve?

Yeshua, or the need to be accepted by a community that rejects Yeshua?