How can we be the light of the world to those around us, if we walk out of their lives? 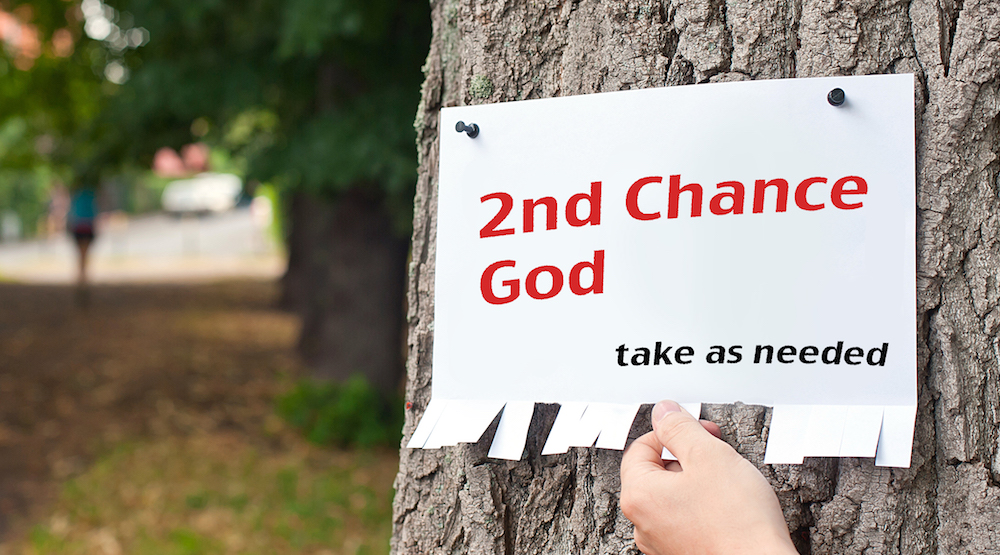 For your prayerful consideration:

How can we be the light of the world to those around us if we take ourselves out of the daily lives of the people we are to be the light to?

How many Christians have voluntarily abandoned their posts, quitting their jobs over anger, resentment, mandates, or whatever, without actually consulting their King, who put them in that job as His strategy to stand His ground through us for sake of His Kingdom?

Maybe He wanted you to stand your ground as a testimony, enduring pressure and persecution, or injustice by refusing to give up HIS given position and making them fire you?

How many justify our resignations and storming off as Holy Principle, when it actually unholy Fear of what might happen? What if that Fear was placed there by the enemy to diminish your influence in your place on influence (job)?

Maybe what you experienced is God giving you practice for even worse to come? Or, to prepare you to be even more of an influence in a different position that you might have in the future (even an unforeseen promotion)?

We can often be far too quick to judge and to react when we’re wounded. I know I have!

And Second Changes (and thirds and fourths and 70+)!

Second chances in the Bible

God is patient in giving us second chances—and not just once, but continually. Micah 7:18 says, “Who is a God like you, who pardons sin and forgives the transgression of the remnant of His inheritance? You do not stay angry forever but delight to show mercy.” God is eager to show us mercy when we truly seek forgiveness for our sin (Joel 2:13).

When Moses wanted to understand more about God so that he could speak with authority to the people of Israel, God passed by him and proclaimed He is, “The Lord, the Lord, the compassionate and gracious God, slow to anger, abounding in love and faithfulness” (Exodus 34:6).

We see this most vividly in God’s offering up his only Son—Jesus Christ—for the forgiveness of our sins. As the Apostle Peter explained, “[Christ] Himself bore our sins in His body on the cross, so that we might die to sins and live for righteousness; ‘by His wounds you have been healed'” (1 Pet. 2:24). Jesus’ sacrificial death gives us a second chance at life with God.

Jesus’ ministry was marked by fresh starts and second chances for those whom many viewed as outcasts (Luke 4:18–19). He redeemed and elevated people others convicted and condemned, and he professed the unfaltering power of redemption in their lives.

A matter of justice

Just as God is in the business of giving second chances, he wants his people to do the same. God’s people are to offer second-chance opportunities because they have each been given the ultimate second chance in Christ. Proverbs also speaks of the virtue of unlocking second chances, saying, “It is to one’s glory to overlook an offense” (Prov. 19:11b).

A genuine second chance is a declaration that you are not holding someone’s past against them but still expect to see positive changes in their lives. The Apostle Paul exemplifies this approach in his instruction for former thieves: “Anyone who has been stealing must steal no longer, but must work, doing something useful with their own hands, that they may have something to share with those in need” (Eph. 4:28).

Scripture attests to it God given Second Chances (or 70+ Second chances?)

“He has not dealt with us according to our sins,
Nor rewarded us according to our guilty deeds.
For as high as the heavens are above the earth,
So great is His mercy toward those who fear Him.
As far as the east is from the west,
So far has He removed our wrongdoings from us” (NASB).

If God were to deal with us (or our supervisors) according to our sins, He’d be punishing us every time we committed an offense against Him. Yet, that next verse in the passage compares God’s mercy and compassion to that of an earthly father who loves his children:

Scripture also tells us of God’s mercy and the second chance He gave Israel’s King David, who knew better than to commit adultery with a married woman, then murder her husband (who happened to be one of his best soldiers) to cover up his sin. When confronted with his offenses by the prophet Nathan, David wrote a beautiful song of confession and reassured us we have a God of a second chance, when he sang:

If David, as heinous as his crime, could get a second chance from God, so can you and so can your co-worker.

When the Jewish religious leaders brought to the temple courts a woman caught in adultery and made her face Jesus and an accusing crowd, they expected Jesus to recite the Jewish law and shame the woman publicly, and give them permission to stone her to death. But Jesus, instead, showed compassion on her. He knew all about the sin details in her life, but He gave her a second chance when He faced down her accusers with after probably writing the names of all present who’d had illicit relations with her: “Let any one of you who is without sin be the first to throw a stone at her.” When all of her accusers hung their heads and left, Jesus compassionately told the woman “Neither do I condemn you…Go now and leave your life of sin” (John 8:1-11).

Jesus doesn’t tolerate or excuse our sin, but He responds with grace and mercy, even when we DON’T deserve it!

Why God Gives Us Second Chances

Scripture tells us God loves to give good gifts (Matthew 7:11). Jeremiah, who was known as the “weeping prophet” because of the great difficulties in his own life, said:

“Because of the Lord’s great love we are not consumed,
for his compassions never fail.
They are new every morning;
great is your faithfulness” (Lamentations 3:22-23).

Because He is a good and loving and patient God, He continues to be the God of second chances.

In James 1:5 we are told, “If any of you lacks wisdom [which leads to sinful behavior], you should ask God, who gives generously to all without finding fault, and it will be given to you” (emphasis added).

God does NOT give you wisdom grudgingly, after reminding you of all the times you have failed. He gives wisdom generously and without finding fault, meaning He won’t drudge up the previous times we failed to use the wisdom He gave us. He’ll simply give it to us again – and not sparingly, but generously – because He is the God of multiple and uncountable second chances.

So, next time you think about retaliation or walking away from a difficult situation, maybe pray and seek the Lord for what He has for your to learn, and how He wants you to respond, before you actually do walk away–or respond?