The Jewish Wedding Ceremony is the Outline for the Entire Bible? Yep. (Part 1) 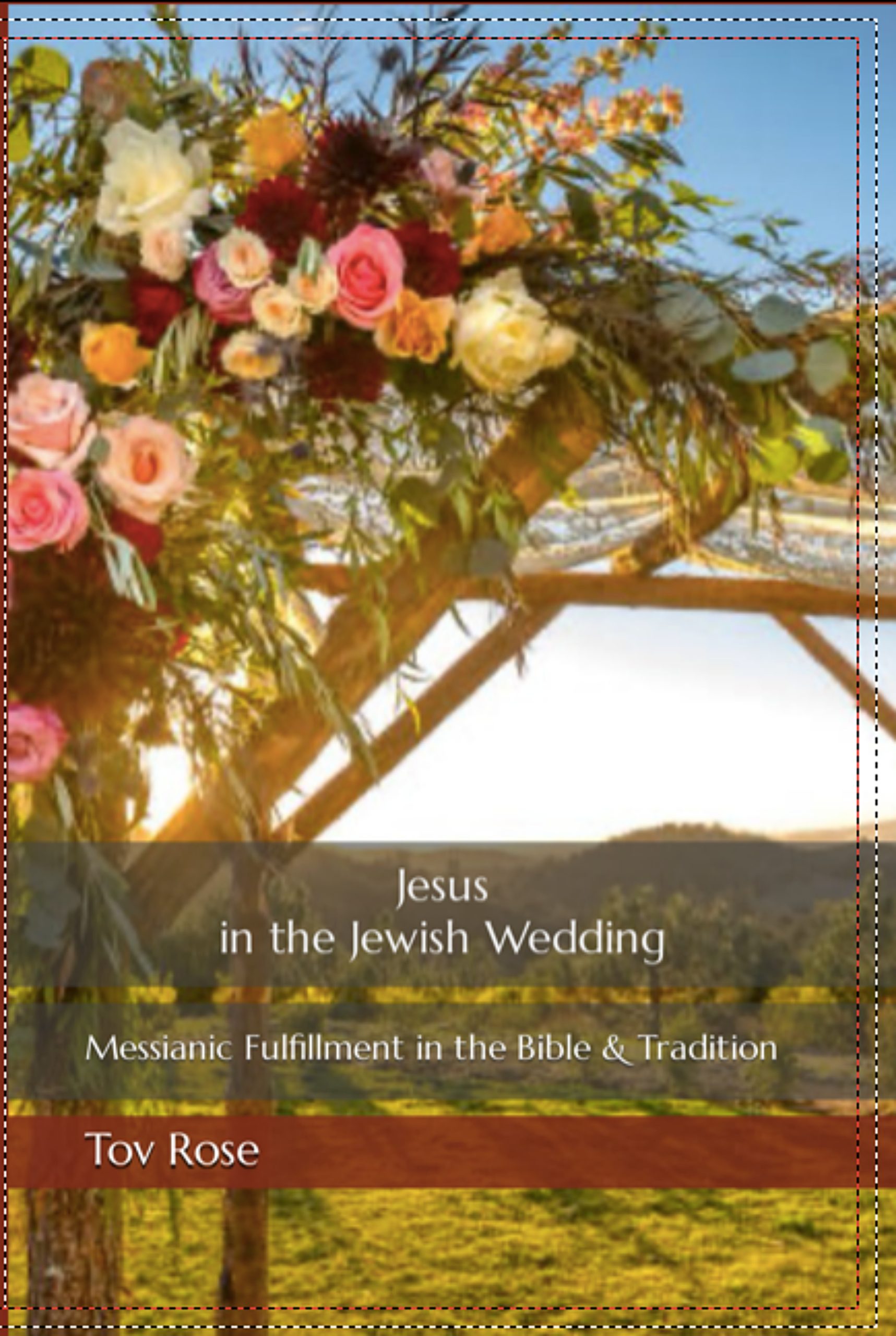 One day all of my kids came to me to have a “serious” discussion. They’d all talked, and it felt like I was about to experience and Intervention. There I was, sitting before our 27-year-old twins, my 18-year-old son, and 16-year-old daughter.

The youngest daughter, began, “Dad, everyone in our community thinks of you as a Bible Scholar. You have so much knowledge of the Word of God. Our friends, your’s and mom’s friends, others in the community all assume that us kids have the same knowledge of the Bible that you do, and we don’t!

My second oldest, then says, “Yeah, we are tired of feeling less than. We want to be prepared to answer their questions. Why haven’t you taught us what you know?”

My son pipes up, “I know you’ve been taking us to your speaking events for years, we’ve heard you teach classes and Bible studies, but I never really listened. I am ready to listen and receive.”

The oldest twin said, “Dad, I’m here. I’m here to receive everything you have to teach.”

Then they all responded in unison, “Dad, we’re ready. Teach us!”

I smiled, set aside my computer where I was working on this very book and responded with, “Do you know what I’ve been waiting for before teaching you these things?”

My youngest twin said, “What have you been waiting for?”

I replied, “I’ve been waiting for each of you to ask. I’ve been waiting for willing hearts. As long as I’ve known you I’ve modeled and taught you, but I know you wouldn’t actually receive what I taught until you were ready to ask for it. Thank you all for finally asking! This is a parent’s dream moment! Of course, I will teach you!”

A couple weeks later, after schedules had been rearranged and we were able to be in the same room on the same day for several hours as a family, I asked them all, “What would like to begin with?”

Younger twin responded, “What is your Biblical worldview? What is the foundational concept that to you, holds the entire Bible together?”

No one has ever ask that question, but I knew immediately how to answer, because “I’ve thought about it and it has guided me for decades. There are four foundational concepts or themes that guide how I understand, interpret, and teach the Bible.”

With Ezra the Scribe’s Midrashic Hermeneutic

Who is Ezra the Scribe?

In Jewish tradition Ezra the Scribe is known as the Moses of the post-exilic period1, the Canonicaler (compiler and organizer of the Jewish Bible’s source materials into a cohesive whole), and Redactor (editor). Being the Canonicaler means he is the compiler of the Canon of Scripture, and I would posit that, led of the Holy Spirit, he is the author of the Unified Canon of Scripture2. Think of it like this: When Ezra heads to Jerusalem from Babylon, he has all this stuff that that King Cyrus allowed him to take out of the royal storage facilities, libraries and such, to bring back with the Jewish captives to Israel to rebuild the Temple. As the Redactor, it was his responsibility to not only compile the Holy Book, but to edit what he had available, to clean it up, make sense of it. He did what any good, qualified Editor would do with a book that was going to be professionally published and made available to teach an entire people group.

Moses already did the same thing when he compiled the first five books of the Bible, so Ezra, using Moses’ model, got to work compiling the corpus of material that came into being after Moses. Moses also had all this source material from Egypt that the Jewish people already had with them. For example, let’s say that Moses had the histories that Shem, Abraham, Jacob, Joseph and others had written. The Bridegroom also directed Moses to write things not found in those histories. Moses put it all together into the first Five books of the Bible, and then was commanded to read it to all of Bride-Israel. The only part of the Book of Moses that was not written was last chapter of Deuteronomy, written by Joshua after Moses died. Moses was a master compiler, writer, and editor. So was Ezra.

Using the book of Genesis as an example, Ezra used Moses’ example like this:

Comparing Genesis chapter one, and Genesis Chapter two we can see the two stories are different but are similar. It’s like the creation story starts over again. In Genesis chapter two, the focus is different. One could look at this difference and speculate (probably accurately) and say that at one time there were two different scrolls that were pieced together by someone intentionally, because of their similarity. As you look through Genesis, even in English translations you can easily see places where the genealogies overlap at the end of one chapter and the start of the next.

In other words, these are the places where scrolls were literally sewn together, ostensibly by Moses, creating literal “Seams.”

Ezra did the same thing.

He had with him the Book of the Kings of Israel and Judah and confirmed what they said with other books not included in the Canon. However, he is the one who put the commentaries in the text, such as, “As it is written in the Book of Jasher.” That was Ezra’s way of writing footnotes, which hadn’t been invented yet.

What is a Midrashic Hermeneutic?

But, if you want to get a head start by reading ahead? Check out these two resources:

Jesus in the Jewish Wedding, Paperback

Jesus in the Passover, eBook

Jesus in the Passover, Paperback

Jesus in the Old Testament, eBook

Jesus in the Old Testament, Paperback

Preparing the Bride to Make Herself Ready,

The New Messianic Version Bible with Tov Rose is a reader-supported publication. To receive new posts and support my work, consider becoming a paid subscriber.

Disclaimer: The above communication is general in nature and for educational purposes only and should not be considered formal advice. Consult your appropriate professional regarding your specific situation.