Jesus in the Passover

Jesus in the Passover

Jesus in the Passover
By Tov Rose 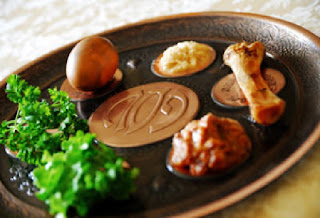 TOV Rose is the author of several books, including The New Messianic Version of the Bible, The Book of GOD: For Men, The Paranormal GOD, The Paranormal Seams of the Hebrew Bible, Fall of the American Babylon, Volume 1, Is It Not Written In The Book of Jasher?, Is It Not Written In The Book of Enoch?, and the upcoming, Book of GOD: Genesis Unbound.
When not writing books and all those other things, he enjoys quiet times at home with his wife, children and praying together with a group of grandmothers who have the uncanny knack of being able to bend God’s ear. Specializing in teaching the deeper things of God, TOV has a reputation for teaching solid Bible foundations and difficult to understand Biblical concepts in a compassionate simple manner that anyone can understand. TOV guests on radio programs, television shows and speaks at conferences, seminars and in local congregations.
Invite TOV to your event, or schedule an interview!
Phone: 651-686-5600 or  http://www.tovrose.com/ 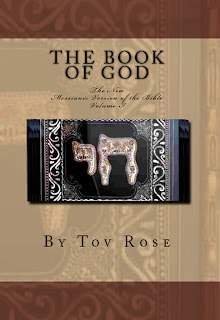 An Amazon Best Seller! The New Messianic Version of the Bible – This changes everything. Get it:http://www.TheBookOfGod.org/

The New Messianic Version of the Bible is raising eyebrows in the world of Bible translators not only for restoring the capitalized GOD and LORD with the English translation of God’s Names that are correct, but it takes things a step further…
The name Yehovah is from the consonants YHWH, and can be found almost 6000 times in the Hebrew Bible (Old Testament). YHWH is rendered as LORD in most English Bibles, according to the pattern set by the King James Bible translators. But did you know that there are TWO forms of the Divine Name, the YHVH? One is the Father God and the other is His Son. Can you tell them apart in the Bible?

Author Tov Rose explains, “Today, Jewish people and Christians alike suffer a similar kind of blindness: They do not know their God. I know, that looks like an inflammatory statement, but please give me to the end of the book to present my case before passing judgment. There is a secret hidden in your Bible.”
This groundbreaking book answers the one question most Christians and Jewish people alike get wrong, “Who is the God of the Hebrew Bible?”
Again, Tov, “If you said, ‘God the Father’ then you got it wrong, and I’m going to prove it to you.”
What you find in the pages of The New Messianic Version of the Bible may shatter everything you’ve ever known about God. It might also open the doors you to really know who God the Father really is.
One respected Rabbi is quoted as saying, “Our sages of blessed memory, long before the Christian Era, held that there was a plurality in the Godhead. Indeed, this teaching was held for yet 100 years after the destruction of the second temple (70 A.D.), and, as it was contained and declared in the Holy Scriptures, it was also set forth in our most ancient books.” – Rabbi Tzvi Nassi
Who are we to argue with such an old tradition?
Personally, I am in favor of the most literal translation of the Bible regardless of who translates it. Any translation that is going to be closer to what was originally written is bound to bring its readers closer to God.

Besides, in Deuteronomy 4:2, tells us not to add or take away from God’s Word, yet many translators removed the Divine Name. Every other religion on the planet uses the proper name for their God. Why don’t Christians and Jewish people do the same? It is odd. You don’t have to be a scholar to know that removing someone’s personal name and replacing it with a title is not accurate translating. In fact, it might actually be offensive. Just as offensive would be calling your own father by a name that wasn’t actually his own, you know, like the name of his son? How much more offensive to God the Father when we use the wrong name?

Tov goes on to explain, “In the New Testament book of John 6:46 Jesus says, ‘No man has seen The Father…’ If that is the case, then who have people seen, spoken to and even shared meals with in the Old Testament? Even in Exodus 33:11 it says, ‘And the LORD spake unto Moses face to face, as a man speaketh unto his friend.” But if Moses did not speak with The Father face to face, then to whom was he speaking?'”

Some people are adamant about only reading the Bible translation they were raised on. Others see the benefit in modern translations.

Whichever translation you personally prefer, most people will agree there should always be room for the author’s personal name in His own book.
And this version of the Bible goes a step further. It clearly shows you who the author really is, and it isn’t God the Father.
Jesus said unto them, Verily, verily, I say unto you, Before Abraham was, I am. (John 8:58)
I dare you to open this book…

(Send a copy of your receipt to amazon@tovrose.com and receive a free bonus!)