How to Approach the Father in Worship 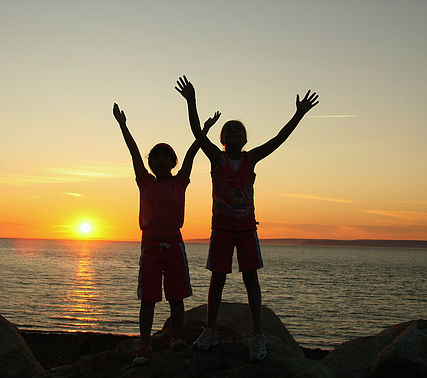 How to Approach the Father in Worship

I thought you might find this interesting. I first gave this teaching in 2009, with worship leaders. As a former worship leader myself, I felt the Lord gave me some insights that were different from what you typically hear at a worship conference.

I pray it blesses you. Feel free to share it.

Why this teaching?
There is a lack of understanding concerning proper etiquette for entering and leaving the presence of God properly. There are ways to better engage the presence of The Father. Most people are not taught how to engage that Presence, focusing only on Jesus.  Most believers have never reached the “Holy of Holies” where they encounter the palpable presence of God the Father. Many pastors and congregants get too frightened of the Presence and back out, cut it short, and give up.

I’ve been in worship services where the Presence of God really fell, and the pastor or elder got scared because there was a thick silence in the room as God was ministering to people. They cut off what God was doing because it was uncomfortable and started giving the announcements or the offering. This is tragic!

It takes time and practice to get it, becoming familiar with what the Presence feels like.

One of the most effective models for approaching the King in Worship is found in the structure of the Jewish Temple itself.

The Call to worship is an upbeat song inviting people into the presence of God. You can visualize this as uplifting the hearts and voices of those in the Outer courts of the Temple, preparing them for God’s presence.

As one continues into the Temple, the next stop is the Temple Courts, which were divided into men’s and women’s sections. This is where people took ritual baths — cleansing themselves from the impurities of the world. This would manifest itself in our modern worship service as a song drawing people closer to God. It could be faster, it could be a little slowing, but it certainly isn’t a slow ballad to God/Jesus. It isn’t an intimacy song.

The next section of the Temple was the courtyard where offerings were presented, prepared and slain. In this place there is a solemnity, you are preparing your sacrifice–your life–for entering the presence of God with all seriousness. In the Temple, a sinless animal was going to die for you. It’s sinless life was going to cover your sinful one so that you could then go deeper into the presence of God.
This is an opportunity for a song of serious introspection, thanking God for giving us Jesus so that we have access to the Father.

The area of the Temple was in old times only accessible by the Priests and Levites. As followers of Jesus we now have access. After the previous times of preparation, we are now able to enter the Holy Place. This is as close to the presence of God that a select few Priests and Levites ever were able to come before God. This is a place of worship where Messiah’s Eternal Light burned, the Table of Showbread (Communion) sat, and where the Altar of Incense burned (the prayers of the saints).

This is the place of intercession. The place where serious songs are sung, communion with through the Spirit happens and deepens. When you enter this place, there is no room for fast preparatory music. This is the place of the Holy ballad, expressions of love, thankfulness and joy.

The Holy of Holies

The final section of the Temple is the Holy of Holies. This is the place where you fulfill what Jesus came to earth to accomplish — you come out from behind the skirts of Jesus and approach the Throne of Grace boldly and have entered the presence of His Father. Most Christians these days, never make it this far. This is the place where people often sing extended worship sets, or just soak in the presence of God with no music or words at all. This is place where the Love of the Father, conviction and heart-consuming worship overwhelms people. The presence of God is felt strongly. So much so that most pastors become uncomfortable and end the worship set. DON’T! Being in God’s presence IS uncomfortable. It exposes sin, it reveals His will. It ministers healing.

This is also the place of Ministering To God. This is something often left out of our worship services:  recognition of the greatness and majesty of the character of God the Father and the recognition of His gracious redemption of His people through His great acts. Ministering to God would then involve an obedient response to God’s character and work, or how worship itself may be defined: “The obedience response to the revealed nature, character, and work of God.” As we worship God then, we are ministering to Him. The more that we understand about who God is and what He has done, the more that we can allow Him to renew and remold our minds and our thinking, the more that we will be better able to minister or worship Him.

God needs nothing, so there is no need in Him that we might possible meet, however God does have desires: He desires to have a relationship with us. He knows that the most satisfying relationship that meets our inmost needs is found in our recognition of who He is and our submission to the plan that He has for us. We can only come to that relationship through the confession of our sins and recognition of God’s saving act of redemption through His Son, Jesus. We must come to realization of the absolute power and authority of God over everything, and begin the process of grasping the depth of His love for us in what He did through Messiah’s redemption.

Our submission and obedience are tied to our understanding of who God is and what He has done.

The final piece of the worship puzzle is not over yet! It is the one of the most important parts! How do you leave the presence of the God of the Universe seated on His throne? You don’t just stop the music, get up and turn your back and walk out (or run out, like many churches do with a fast upbeat song). In the natural, you never turn your back on the King when he is seated on his throne! Would you do that to God Himself? Of course not!
The proper way to leave the presence of a King is to back out while thanking and honoring the King for taking his valuable time and sharing it with you! Gratefulness is the key. Thanksgiving. This is the time to show maturity and not be like a little child running in and out of the presence of God. It is cute when a child is small, not so cute when the child is reaching or passed the age of maturity.

Why Focus on the Father in Deep Worship
Jesus’ stated purpose for coming to earth was to reveal his Father:

John 1:18 No one has ever seen God, but the one and only Son, who is Himself God and is at the Father’s side, has made Him known.