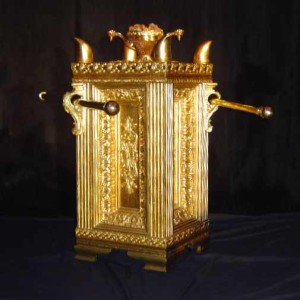 God verified this Truth in His Word in four totally separate places!

We know that Yeshua’s (God’s Son’s) physical earthly body that He would be born in on the earth would be fulfillment of the line of kings from king David. Therefore, since God always does all things perfectly, and being that He is also the Great High Priest of Heaven, Melchi Zedek (my King of Righteousness), His physical body prepared for Him was also the fulfillment of the highest order of the Aaronic high priest family of Yehoshua of Zadok (righteous) of Aaron. Genesis 14:18; Psalm 110:1,4; Isaiah 7:14; Psalm 24:10; Jeremiah 33:14(17,18)24; Zechariah 3:1, 8 and Zechariah 6:11-13;

Being that Yeshua had no earthly father, He could never be an Aaronic priest, but He is always from the two families of His virgin mother Miriam; David’s family and Zadok’s family of Aaron.

But this Seed also split, going to Amminadab’s daughter Elisheva.

To see this proven another way, God showed me many years ago  if you were to take three words, right, righteous, and righteousness, where they relate to a specific person in the bible, these people are mainly from two families, king David’s and priest Zadok’s family.

3) The angel Gabriel told Miriam that her Son Yeshua would Reign on the Throne of His father David; (Luke 1:32) this through the geneology of Miriam’s father. And also of her ‘relative’ Elisheva. (Luke 1:36) This word relative is from the Greek and means blood relative. So what family was Miriam’s mother from? The same family as both of Miriam’s relatives Elisheva and priest Zechariah. But what family of Aaron was that? God told us in Luke 1:6 & 1:75, the family that was righteous before God. Only one Aaronic priest family, the high priest family of Zadok could come before God and Zadok meant ‘righteous’. Ezekiel 43:18, 19 and Ezekiel 44:15, 16;

Zechariah and Elisheva and Miriam were all from this Zadokite Aaronic high priest family. For Miriam then spent the first three months of her pregnancy with her closest blood kin relatives, her pregnant relative Elisheva of Aaron and priest Zechariah.

4) The Hebrew word in the Old Testament for ‘Branch’ is Tzemach, found in five places in the prophesies of the Messiah in the Tanakh.

‘The Branch,’ Tzemach is Yeshua, King and Great High Priest!

a) Isaiah 4:2 The Branch (Tzemach) of Jehovah is Yeshua.

c) Jeremiah 33:14-24 The LORD of Righteousness, & the Branch (Tzemach) of Righteousness would be the Man coming from king David’s family in verse 17. But now God says He would also be the Man coming from Aaron’s family, and who is also before God, verse 18. The qualification before God meant that this Man had to also be from the Zadokite high priest family.  Verse 24 talks of two families, David’s and Aaron’s family which God had chosen in order to bring forth God’s Son to earth thru the virgin (Miriam).  Is 7:14

d)  Zechariah 3:1-9 The Messiah would also be God’s Servant, Tzemach, coming from the high priest family of Yehoshua of high priest Zadok (verses 1 and 8). Messiah’s Blood alone had removed the sin of the high priest (verse 4) and cleansed the land (verse 9). Here Tzemach, Yeshua, is being seen as the Son of Man!

e) Zechariah 6:11-13  The Messiah would be the Man Tzemach from the high priest family of Yehoshua of high priest Zadok, whose father is Jeho-Zadok.  He (Tzemach) will build the Temple of the LORD (repeated twice), and He will also bear the Glory.

Here Tzemach, Yeshua, is being seen as the Son of God!

God announced this mystery at the time of Yeshua’s Conception.

Why did elderly Aaronic priest Zechariah and his pregnant older wife Elisheva, whom God told us were righteous before God (Luke 1:5, 6) have ever allowed this pregnant and just betrothed (virgin) young woman from the family of David & tribe of Judah, into their home, and for the next three months. The answer is obvious; they had to be Miriam’s closest blood kin relatives from her own family of her mother. For Zechariah must have known the prophesy about  the virgin conceiving and bearing a Son, Emmanuel, in Isaiah 7:14.

Kohen HaGadolim of the First and the Second Temple Periods.]

Priest Zechariah and his son Yochanan were both God’s last Zadokite high priests, while Herod had appointed two phony high priests to rule from the Jerusalem Temple, Annas and Caiaphas.

How can it be proven that they were both from this family of Zadok, and also God’s true high priests? First, only a priest from the Aaronic priest family of Zadok was allowed to come into God’s Presence, as Zechariah had done with angel Gabriel. Ezekiel 43:18, 19 and 44:15, 16; Secondly, to minister at the position of the Altar of Incense was the position God had given to Aaron the high priest, and also to his future sons who would serve Him as the future high priest at this special holy position in the Jerusalem Temple, i.e. at the Altar of Incense. See Exodus 30:1, 7

When God sent His angel Gabriel to speak with Zechariah, Gabriel had then met him at the Altar of Incense. After 165 years of Temple priesthood corruption, Zechariah was shown to be the true Zadokite high priest. Then Zechariah’s future son would also be the next mystery Zadokite high priest, being called by God to a most special ministry, to announce that the Kingdom of Heaven was coming to earth and also the coming Messiah at the Jordan River. “The Lamb of God who takes away the sin of the world.” John 1:29

Yeshua also said … “Permit it to be so now, for thus it is fitting for us to fulfill all Righteouness.” Yochanan submitted to Yeshua; Matthew 3:15 Was that when the Aaronic priesthood became Eternal? “Yochanan came to you in the way of righteousness.” Matthew 21:32

Today, we as leaders in Messiah’s Body have not taught the whole Truth of Yeshua’s full physical identity coming from Aaron. Also we have failed to teach the full revelation of Yeshua’s Blood sacrifice coming from the Zadokite high priest family of Aaron.

What will these new revelations mean for Jewish Salvations, especially the Orthodox religious Jews, regarding Melchi Zedek, my King of Righteousness; who is King of Glory? Psalm 24:10

RIchard has served the Lord full-time from Jerusalem since 1998, having made Aliyah to Israel in 1995. He been a writer for the Lord Yeshua since 1982. All of his books, including the newest one, ‘King Priest Yeshua from the Seed of David and Aaron’, along with other writings are free to read and download from his website.