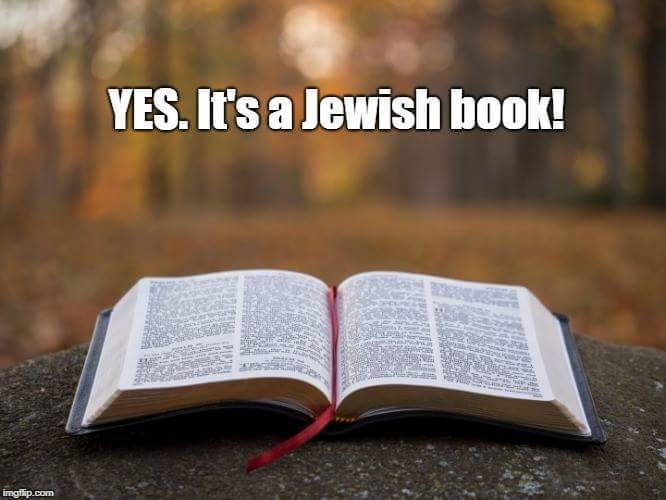 How would you summarize the Bible?

Old and New Testament are one big love story of God’s relationship with the Jewish people (and those who join them in worshipping the one true God).

Possible objection: “BUT, the Bible wasn’t all written by Jews, look at Luke! He was a Gentile convert!” If this is true, then it begs the question: and to what did he convert?

Temple era Judaism! He became a Jew. Thus he was Jewish by choice.

The New Testament?
Written by Jews, about Jews, the Jewish Messiah, and about the first Jewish evangelistic fruit among non-Jews. It records the beginning of Jewish people, like the Apostle Paul, inviting Non-Jews to join Jewish Believers in Jesus in an eternal relationship with the Jewish God as co-heirs ( Ephesians 3:6), and by choosing to be adopted into Abraham’s family (Galatians 3:29). These are also called to follow the Jewish Messiah, who is eternal Son of David, King of the Jewish nation, Israel (Matthew 2:2, John 19:19-20). It shares the story of this epic quest by Jesus-loving Jewish people in their goal to fulfill God’s Prophetic words in Isaiah:

(Let’s not forget the many passionate Non-Jews who have taken up the evangelistic work of taking the Good News to other Non-Jews when Jesus-loving-Jews were too small a number to go!)

Where do all believers hope to spend eternity?

In the capital city of the Jews, In the land of the Jews/Israel, in New Jerusalem. Where God will reside forever. Not in New York, or Tokyo, Naples or Tampa or Moscow, in Jerusalem. It will sit in the Jewish God’s Land that He chose for Himself as a personal inheritance out of all nations on earth–Israel (Joel 3:1-3)

Question: Who was present when Jesus spoke these words?
Answer: a bunch of Jewish men and women

“6So when they had come together, they asked him, “Lord, will you at this time restore the kingdom to Israel?” 7He said to them, “It is not for you to know times or seasons that the Father has fixed by his own authority.8But you will receive power when the Holy Spirit has come upon you, and you will be my witnesses in Jerusalem and in all Judea and Samaria, and to the end of the earth.”’ Acts 1:6-8

The Bible has a consistent pro-Judaic direction, namely a Judeo-centric eschatology that is a unifying feature throughout Scripture.

HOW again do you justify anti-Jewish rhetoric from a book entirely written by Jews?

READ THE COMMENTS FOR MORE DETAILS AND INSIGHTS FROM ME AND OTHERS!

Do you have other Bible verses that should be referenced?