The Day Caiaphas Resigned as High Priest, Leaving Jesus as the ONLY High Priest In Israel 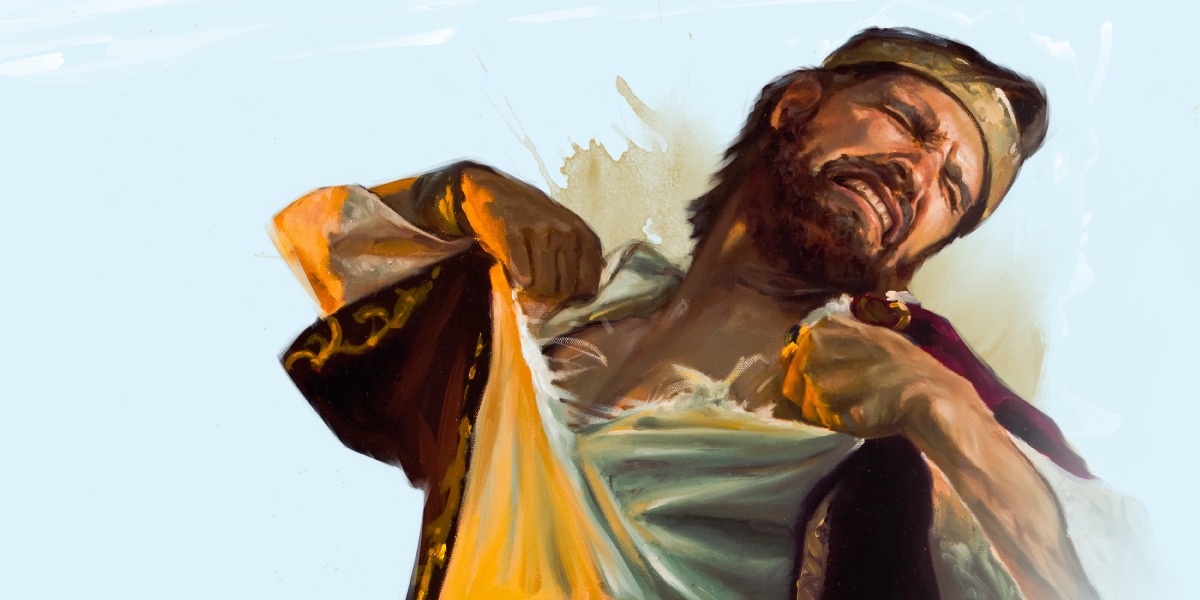 Tov Rose    Caiaphas, high priest, jesus, john   -    1326 Views
We know that G-D established a format of worship in which there were the regular Israelite men, women and children, the Levites who served and worked in the Tabernacle and later the Temples, and there were the Cohanim (Priests) who performed the sacrifices and offerings in the Tabernacle and Temples. Then there was one man who served in the role of Cohen Gadol (High Priest). At the time of Yeshua’s death, the Cohen Gadol was a man named Caiaphas.

In Matthew chapter 26, we read about the trial of Yeshua before Caiaphas and in verse 65 we read the following:

Then the kohen gadol tore his clothes and said, “Blasphemy! Why do we need any more witnesses? Look, you’ve heard the blasphemy.

These words are often overlooked as unimportant information and simply a demonstration of the priest’s anger, similar to someone being angry enough to pull their hair out. However, there is a much deeper spiritual concept being demonstrated here, which is vital to the spiritual life of every believer. In Leviticus chapter 21:10, we find this about the Cohen Gadol:

He who is the kohen gadol among his brothers, upon whose head the anointing oil is poured and is consecrated to put on the garments, is not to let the hair of his head hang loose or tear his clothes…

Notice that the Cohen Gadol was not allowed to tear his clothing. Once Caiaphas tore his clothes, he had disqualified himself from being the Cohen Gadol. In other words, Caiaphas’ tearing of his clothing was equal to resignation from his position.

Shortly before this event took place, we find in the Bible Yeshua and His disciples visiting the Jordan River where John the Immerser is. John is speaking to his followers and says the following words:

You yourselves testify that I said, ‘I am not the Messiah,’ but rather, ‘I am sent before Him.’ The one who has the bride is the bridegroom, but the best man rejoices when he stands and hears the bridegroom’s voice. So now my joy is complete! He must increase, while I must decrease. (John 3:28-30)

It is believed by many that John was actually the man who was supposed to be the Cohen Gadol at the time of Yeshua. We know that Caiaphas was a political appointee by Rome. We know John’s father was serving in the Temple. We know a large group of people followed John and were immersed by him. We know John was from the correct tribe, Levi. There are other good reasons to believe that John was the “actual” Cohen Gadol, but, because of Roman authority, was not serving in the Temple.

One additional reason to believe, and very important in the context of this blog, is the statement that John makes above in verse 30. “He must increase, while I must decrease.” If John, as we believe, was the Cohen Gadol by linage and Biblical rights, then these words and John’s overseeing of the Immersion of Yeshua show John’s relinquishing his position as Cohen Gadol. John resigns differently than Caiaphas, but resigns none the less.

With this in mind as believers in Yeshua, the only qualified High Priest at the time of the death of Yeshua was in fact Yeshua Himself, as we read in Hebrews chapter 7, after the order of Melechizedek. So, with the resignation of John and the disqualification of Caiaphas, Yeshua stands as the Cohen Gadol, the spiritual authority over all Israel.

Wanna go DEEPER into the Subject? Get the Book: The Baptism of Jesus from a Jewish Perspective by clicking right HERE!