On the Palestinian Response to Donald Trump’s Jerusalem Declaration Etc. 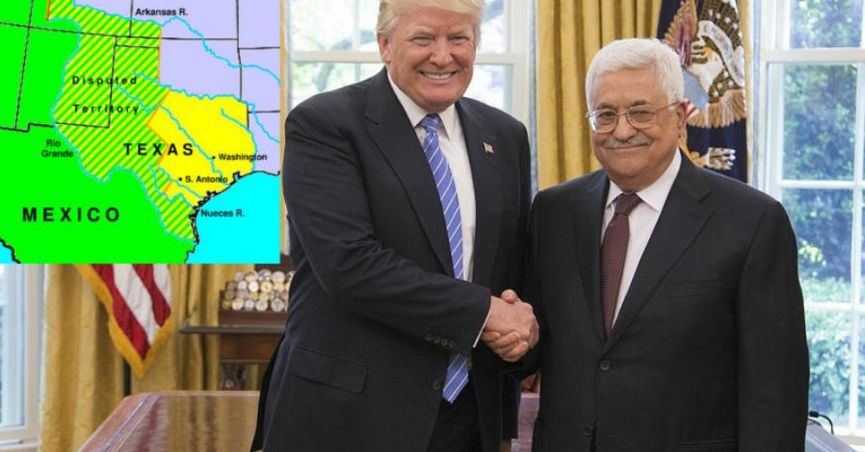 On the Palestinian Response to Donald Trump’s Jerusalem Declaration Etc.

About a week ago, Carl Rove spoke on Steve Bannon’s involvement in the new Michael Wolff book on Donald Trump. The book basically trashes Donald Trump’s ability and even sanity. Rove said that Bannon’s involvement reminded him of the Buddhist monks, who during the Vietnam war, would dowse themselves with gasoline and then light themselves afire. By analogy, Bannon committed political suicide. I agree with Rove. However, I believe that the response of Mohammed Abbas to Donald Trump was also political suicide and ends his future. It is as if he dowsed himself with gasoline and is now irrelevant.

One can debate the merit of President Trump’s recognition of Jerusalem as the capital of Israel, but the response of Abbas and the Palestinian Authority has been self-destructive. Such is hatred. He could have said that he strongly protests what Trump did, noted that the issue of East Jerusalem as a capital for Palestine was still on the table, and then said he would wait for the American peace proposal. But instead, his response was a total rejection of the Jewish state and speeches that condemned Israel as a colonial imposition in the Arab Muslim world with roots in the 17th century rule of Oliver Cromwell. Well he was right about one thing, and that is some Puritans, Cromwell included, hoped for the restoration of Israel.

His speeches since that time were full of anti-Semitic overtones. Abbas managed to unite both the left and right in Israel, and his responses have been condemned by the leaders of Labor on the left, Yesh Atid in the center, and of course, all the parties on the right. Abbas now says he will not accept the United States as the peace mediator. That is the end of the peace process since Israel will accept no one else. He has now pulled out of the peace process. The Palestinian Authority voted to unrecognized Israel, and to seek recognition of their statehood without peace.

Yet, the Palestinians by all international norms (which are being ignored by the U. N.) do not qualify as a state. They desire their status to be that of an occupied state, but they have no unified government. Gaza is ruled by Hamas, a terrorist organization. And the Palestinian authority is a corrupt kleptocracy. The Trump administration responds by cutting Palestinian aid due to their supporting terrorists in jail and families of suicide bombers with larger salaries than 90 percent of the Palestinian population. Be a terrorist, get a 20 year sentence and your family has a large income for life! Now the U. S. is defunding UNRWA of the United Nations which is an organization for Palestinian refugees who live outside of Israel east of the Green line territory of Israel. UNRWA perpetuates the refugee problem as a political weapon against Israel, and unlike any situation of refugees, does not allow resettlement and a prosperous future for those who are descendants of the refugees from the 1948 war. Wow! This has never happened in any other refugee situation. So President Trump is beginning to pull the plug on UNRWA.

Unless something drastic happens we may be seeing the end of the Palestinian authority. This will be hard for Israel since the Palestinian Authority does cooperate on significant security matters with Israel. Yet, the delusion a Palestinian peace partner is now gone.