Messiah will speak a New Torah (Instructions), not like Moses’? 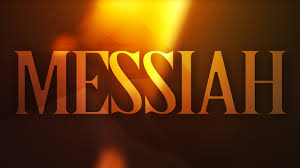 I thought this might be a good conversation starter?

What do you think?

The future of the Law has preoccupied the Rabbis from early times. They sometimes asked, “Torah, whatever will become of you?“61  And further, in the Talmud there is a discussion of the possible ranking of the precepts in order of importance:

Paul founded his teaching of Justification by Faith partly on these words of Habbakuk when he wrote: “For in the gospel a righteousness from God is revealed, a righteousness that is by faith from first to last, just as it is written: ‘The righteous will live by faith’…” 63

…The ancient Sages reject on the one hand the idea that the injunctions received from their fathers will cease to be valid, yet on the other hand they sometimes stress that the Messiah will give Israel a new Torah. RaMBaM states in the 8th and 9th of his 13 dogmas that the “Torah which we now have was given to Moses” and “This Torah will not be changed nor will the Creator — may he be blessed — institute any other Torah“. He nevertheless explains in his work “Ordinances of the Kings” that the King annointed as Messiah will “sit on his kingly throne and write for himself a Book of the Law in addition to the Law given to our Fathers” and “He will compel Israel to obey these commandments“. Not even the NT speaks of the abrogation of the Torah but rather of its “fulfilment”. Could this be the same as when the Pesikhta Rabbati says that “The Torah will revert to its original state”?64  Jesus “fulfilled” the punishment of the Law by his atoning death.

According to the Rabbis the Messiah will be invested with such authority. Yalqut Isaiah states that, “The Holy One — may he be blessed — will sit (in the Garden of Eden) and draw up a new Torah for Israel, which will be given to them by the Messiah.”65  Even the fearful thought of “abrogation” appears in the traditions of the Wise: “In the future the commandments will be annulled.‘66  In the Midrash Mekhilta from the time of the Tannaites — that is, from the first two Christian centuries — we find the statement that, “At the end the Torah will be forgotten.“67  R.Shimon Ben Eleazar, who was active from ca. 170–200 AD, declares that, “This is how it will be in the days of the Messiah; there will be no ‘thou shalt’ and ‘thou shalt not’ commandments (zechut ve-hovâh).“68  Klausner, in his book “The Messianic Idea in Israel”, explains that, “The natural interpretation of this is that in the days of the Messiah, the Torah and the Commandments will lose their significance“.69

In so far as we understand redemption history as different eras, as we have seen the Sages above doing, we can interpret mentions of the 2000 years of the Torah and the 2000 years associated with the days of the Messiah as more or less mutually exclusive — which is how Klausner and others have understood it. In practice this means that in the Messianic age there will be Messianic laws.

RaMBaM insists upon the natural character of the Messianic age. He writes:

“Do not entertain the idea that the natural course of this world will change in the days of the Messiah, or that the laws of nature will be suspended then. No. The world will follow its own course.” 70

This would seem to imply that the Messianic age will be quite normal history in which the Messiah will govern by his spirit those who believe in him. The Sages could hardly have meant that the Messiah would live for these 2000 years. Isaiah’s prophecy about peace on Earth in which even the physical world will be renewed and where “the wolf will live with the lamb” (Is. 11:6) may, according to the Sages, apply to the 1000 year “sabbath”. This picture of a sabbatical age, of which we catch glimpses now and then in the Rabbinic literature, brings to mind the vision of the millenial kingdom in Revelation chapter 20, where the phrase “1000 years” appears six times. In Christian understanding, the actual Day of Judgement and the New Heaven and New Earth do not take place until after this. Could the Talmud be referring to something like this when it says that:

The concept of the ‘annulment of the Law’, a phrase used by some of the Rabbis, has had serious consequences for both Jews and Christians. Certainly there are differences of emphasis between the teachings of Moses and Christ, but both of them strove to realise the unchanging will of God. The Midrash on Ecclesiastes says that, “The Torah which man learns in this world is but vanity compared with the teaching of the Messiah.“72  Referring to Psalm 146:7 the corresponding Midrash says:

” ‘The LORD sets prisoners free’…  What does this ‘setting free of prisoners’ mean? There are those who say that in the future the Holy One will make all unclean animals fit for eating.”73

For ‘prisoners’ the Hebrew OT uses here the word asûrîm, ‘forbidden things’, rather than the normal word asirîm, and this gives rise to a discussion of forbidden foods. We remember how Jesus stresses that “What goes into a man’s mouth does not make him ‘unclean’, but what comes out of his mouth, that is what makes him ‘unclean’ ” and, “In saying this Jesus declared all foods ‘clean’ ” (Matt. 15:11 and Mark 7:19). In actual fact the Old Testament’s regulations concerning food do not particularly refer to the pollution of the body, as Lev. 11:43–4 in the original Hebrew regarding the eating of unclean beasts twice declares: “Do not pollute ‘your souls’, eth naphshotêchem!” In other words, it is not merely a question of health but also an aesthetic matter.